The charity hopes to cheer up animal-lovers on Blue Monday

The RSPCA receives one call every 27 seconds from animal-lovers concerned for a pet or wild animal.

When emergency calls come into the RSPCA’s national control centre, specially-trained staff must quickly determine whether RSPCA officers are able to help or whether other advice or agencies are better placed to assist.

Inspectors are sent out to help as many animals as possible – but not all calls turn out to be as they may first appear. In a bid to banish the blues this Blue Monday (15 January), our officers reveal some of the funniest calls they had in 2017…

An RSPCA officer called to a house in Coventry had a sock shock when the lizard she thought she was rescuing turned out to be an item of clothing! Animal collection officer Vic Hurr arrived at the house on 8 September and approached the ‘reptile’ cautiously as she was unsure of the breed.

She said: “It was around 7ins long and about 2ins wide. It was protruding from the edge of the bed and it wasn’t moving at all (pictured). As it wasn’t very light, I got out my torch to see better and that’s when I realised it wasn’t a lizard at all… it was a pink stripey sock! I advised the young girl whose bedroom it was to tidy her room and to take care of her socks, but not before reminding her that another one will turn up soon as they are usually in pairs!”

A horse walks into a bar…

No, seriously. It’s not a joke and we don’t have a punchline. A horse really did walk into a bar. The RSPCA’s cruelty hotline received a call from a patron at the pub in Cheadle, Staffordshire, on 2 May. The caller said the horse “seemed unhappy” – perhaps he had a long face? The caller also reported that the equine had a “shabby coat” and may have had an injured leg but, when an officer tried to follow up on the complaint, she drew a short straw. 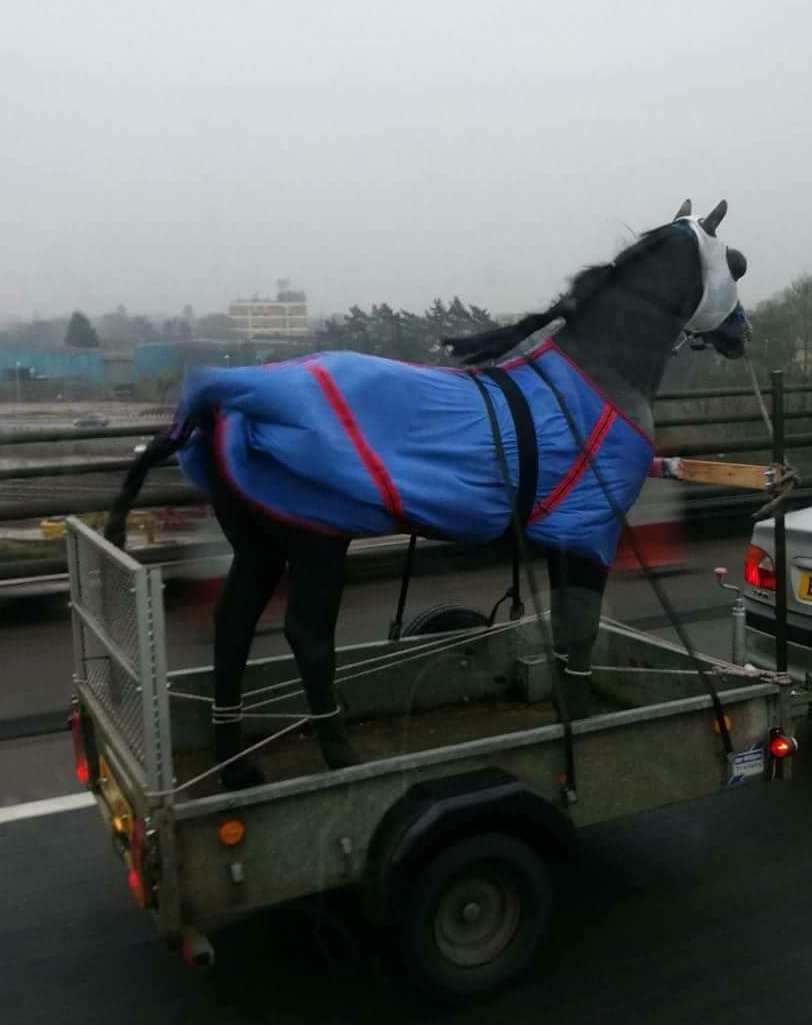 RSPCA officers were called to investigate claims a horse had been tied to the back of a trailer by its legs – only to find the filly was a fake and made of plastic (pictured right)! The charity’s hotline received a number of calls from motorists who were concerned after spotting the horse tied to the top of a flatbed trailer, being towed 100 miles from Birmingham to Cambridge on 14 February. When inspector Richard Lythgoe attended and saw the horse was made of plastic he had a good laugh.

It’s not everyday our officers are called out to help a box of crickets – but that’s exactly what happened in Bodmin, Cornwall, on 25 April. RSPCA inspector Lewis Taylor was contacted late at night by a man who found a box of crickets in the road labelled with a warning not to release the critters. Inspector Taylor attended the man’s home the next day to collect the crickets and return them to a local pet shop: “It looks as though someone had dropped them on their way home from the shop.” 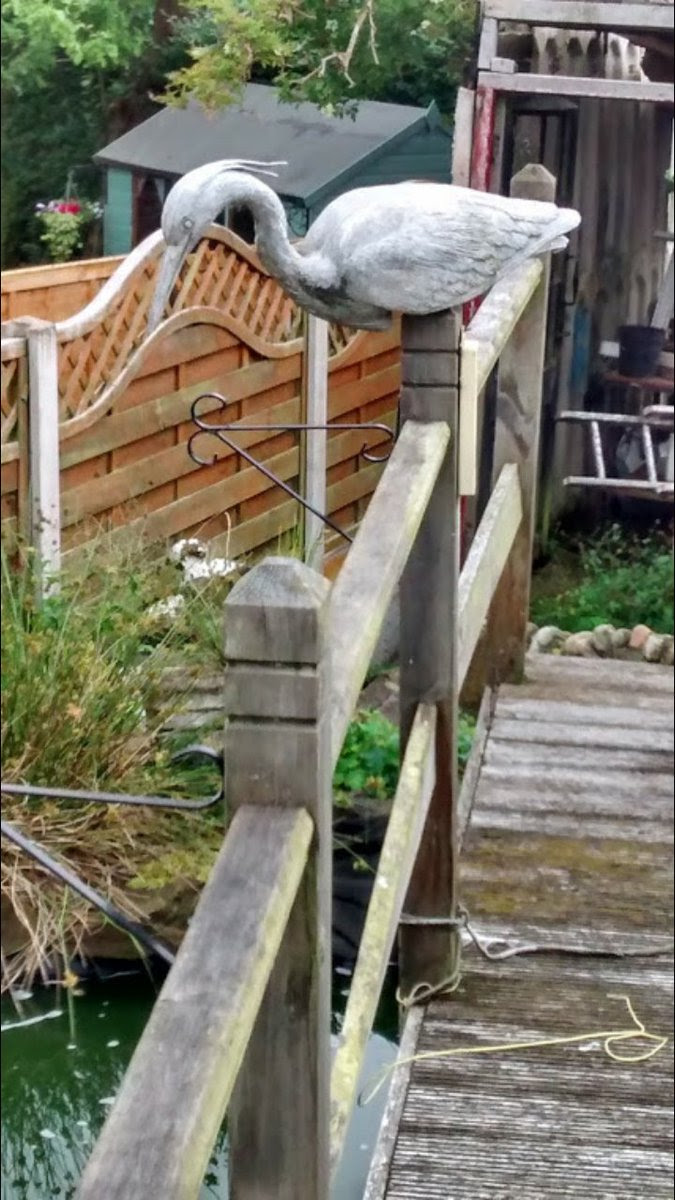 Are you heron a laugh?

RSPCA animal collection officer Faebien Vann rushed to a garden in Leeds on 30 June when a caller reported a heron with a broken leg stuck in the pond. But, when he arrived at the scene, he quickly established that the bird wouldn’t be making a recovery from his injury – as he was a garden ornament! Whoops! 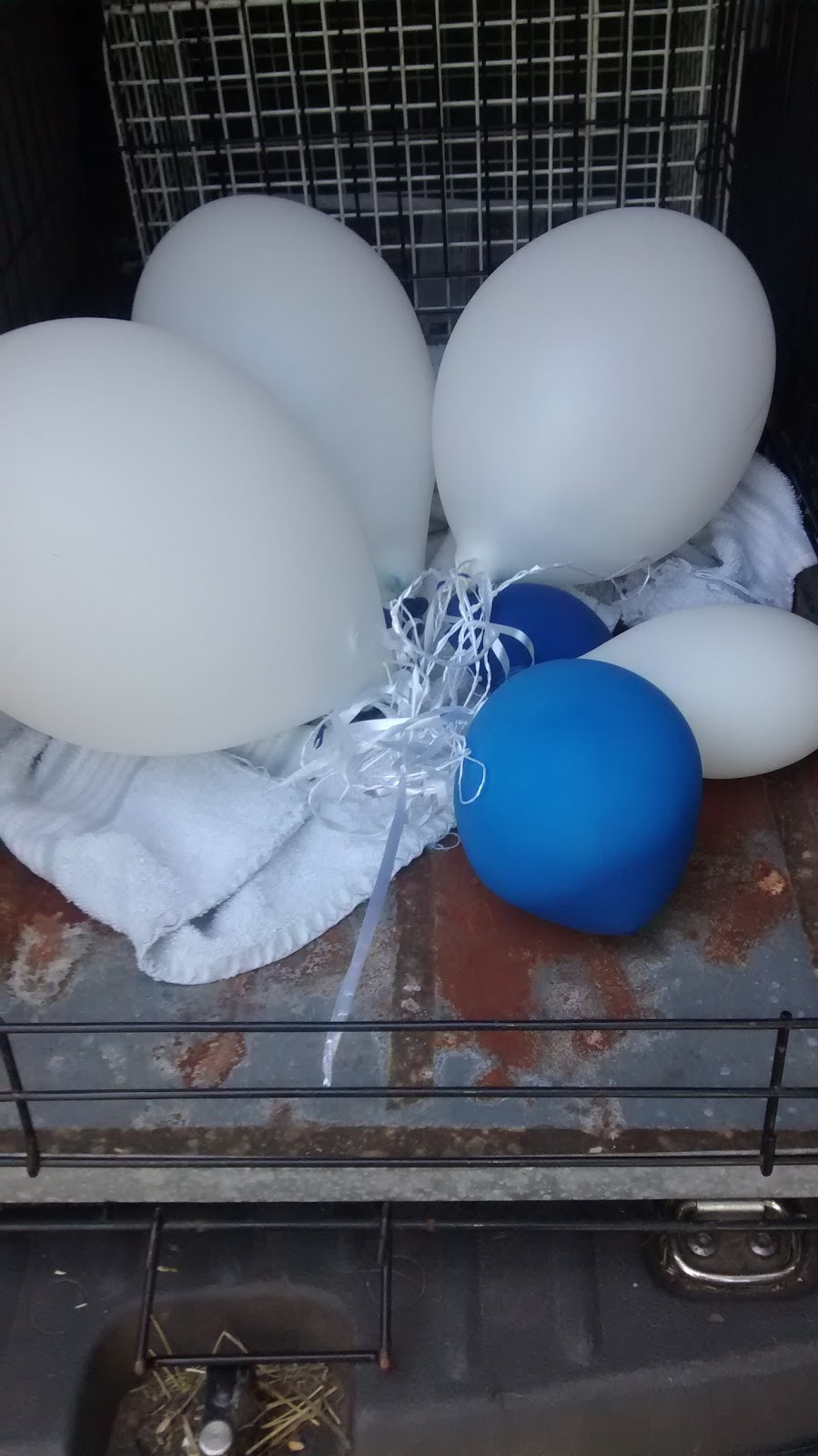 An RSPCA officer was left feeling rather deflated after a call-out to rescue four sheep tangled in brambles only to clamber for 20 minutes up a steep hill to discover… six balloons. Animal collection officer Sophie Wilson rushed to a field in Kidderminster, Worcestershire, on 10 May after a call from a farmer whose elderly neighbour was concerned for four ewes who were stuck in the hedgerow. “He was clearly very worried for the sheep and had spent two days calling local farmers to try to get someone to rescue the sheep before alerting us,” she explained. “You can imagine my surprise when I arrived to find four white balloons and two blue bobbing around in the breeze!”

Hog did you get up there?

The RSPCA rescues thousands of hedgehogs every year and some of them manage to get themselves into really tight spots – whether it’s tangled in football nets or wedged in garden gates. But one took animal rescue to new heights on 16 June when he was spotted by a member of the public on a flat roof in Scunthorpe! Animal collection officer Carol Smith said: “A man was cleaning his roof when he found a little hedgehog up on the felt. We’re not sure how he ended up there but the man was concerned he’d been thrown up there deliberately.” Luckily, the stranded hog wasn’t injured and Carol was able to release him nearby. 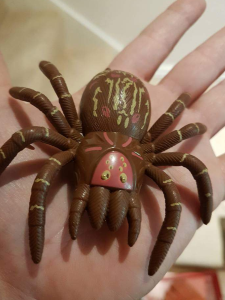 An RSPCA inspector rushed to a family home in Alresford, Hampshire, on 20 July after a panicked phone call from a mother who found a giant spider – the size of her hand – hiding in the understairs cupboard. Inspector Nikki Denham arrived with gloves and nets to confine the creature and soon spotted the legs poking out from behind the vacuum cleaner. But as she shone a light on the arachnid it soon became clear that it was a plastic toy. “The woman’s young son confirmed with an angelic innocent face that it was his,” Nikki said. “The poor caller was obviously embarrassed but it won’t be the first or last call we’ll have like that I’m sure.” 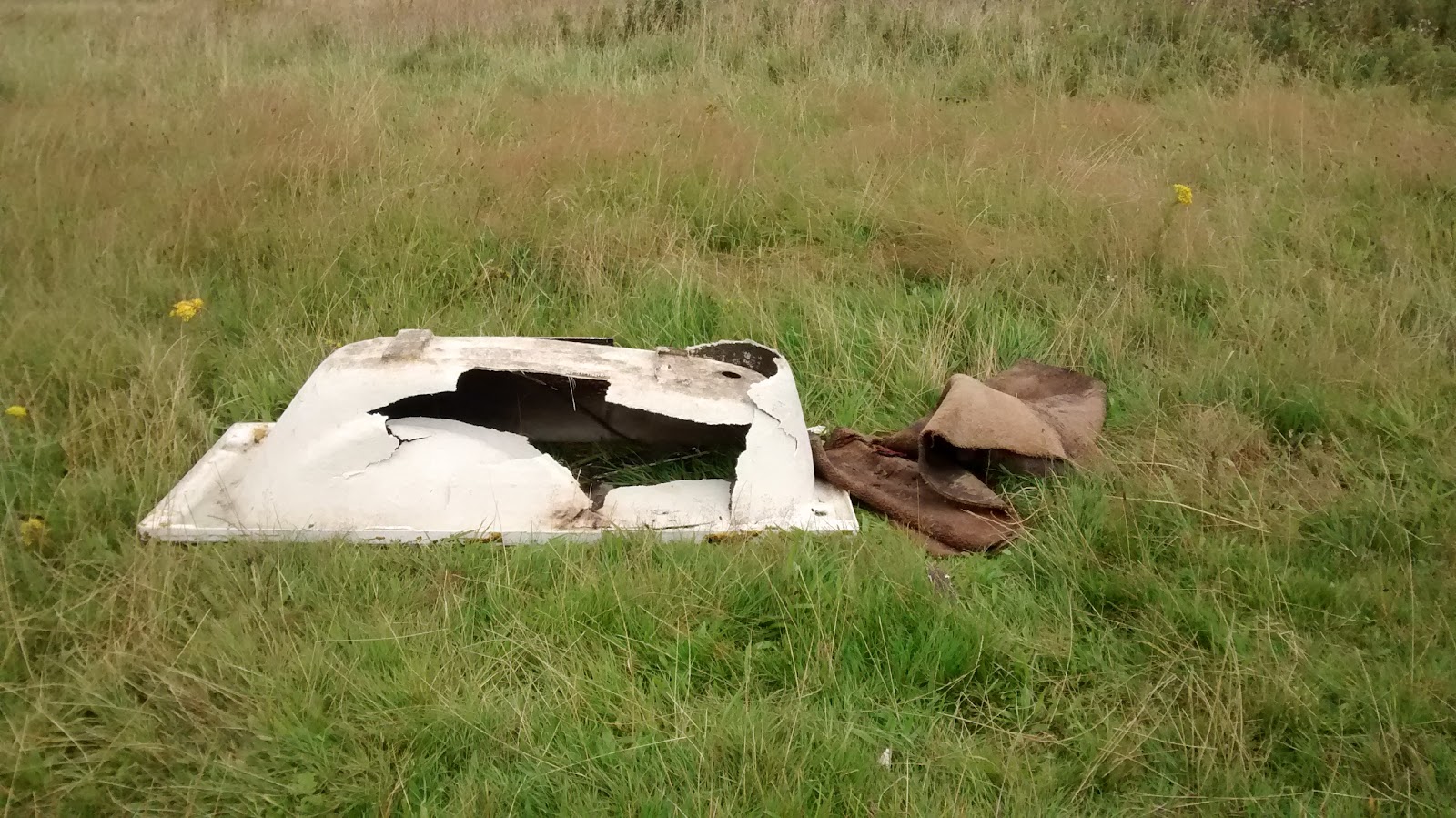 An RSPCA inspector went to a field in Bradford, West Yorkshire, on 7 August following a number of calls from concerned members of the public about a dead horse. More calls came in the following day so another inspector attended and still couldn’t find anything. And the following day yet more calls came in so inspector Nikki Cheetham also attended. “After following one of the caller’s directions and finding only an abandoned bathtub I called him to check I’d got the right spot,” she said. “He said he could see the field from where he was and that I was standing right next to the dead horse! Suffice to say he was a little embarrassed!”

Shoe-d have gone to Specsavers!

A worried RSPCA inspector rushed out to an elderly woman’s home in Bishop’s Cleeve, Gloucestershire, at 10pm on 2 October concerned for a cat stuck under the wardrobe. Inspector Jack Alderson said: “We were contacted by a lady who was worried a cat had got into her home through an open door and then got stuck under her wardrobe. She couldn’t free the cat or lift the wardrobe so I went to help as quickly as possible. To my surprise, when I arrived, I found the feline was actually a pair of slippers! She was genuinely concerned and had put three bowls of different foods down to try to tempt the puss out. I’m glad we were able to help and put her mind at rest.”

A terrified woman called the RSPCA after finding a 2m-long ‘snake’ in her back garden. But when animal collection officer Monica Faloona arrived at the home in Dartford, Kent, on 26 August she found it was a 2in-long caterpillar! She said: “This poor person was clearly beside themselves with fear and stayed upstairs and wouldn’t come down at all. I went out to the garden unsure what kind of snake I would find. But I was a little surprised to see a very tiny box placed over what was meant to be a 2m-long snake – to my surprise I actually found a beautiful  Elephant Hawk Moth caterpillar. They’re much larger than your usual caterpillar, but I don’t think we’ll ever find one 2m long! Even when I explained to the caller that it was just a caterpillar they were still very traumatised and scared, so I decided the best thing to do was to remove the little fella and release him at another location. It’s just all in a day’s work!” 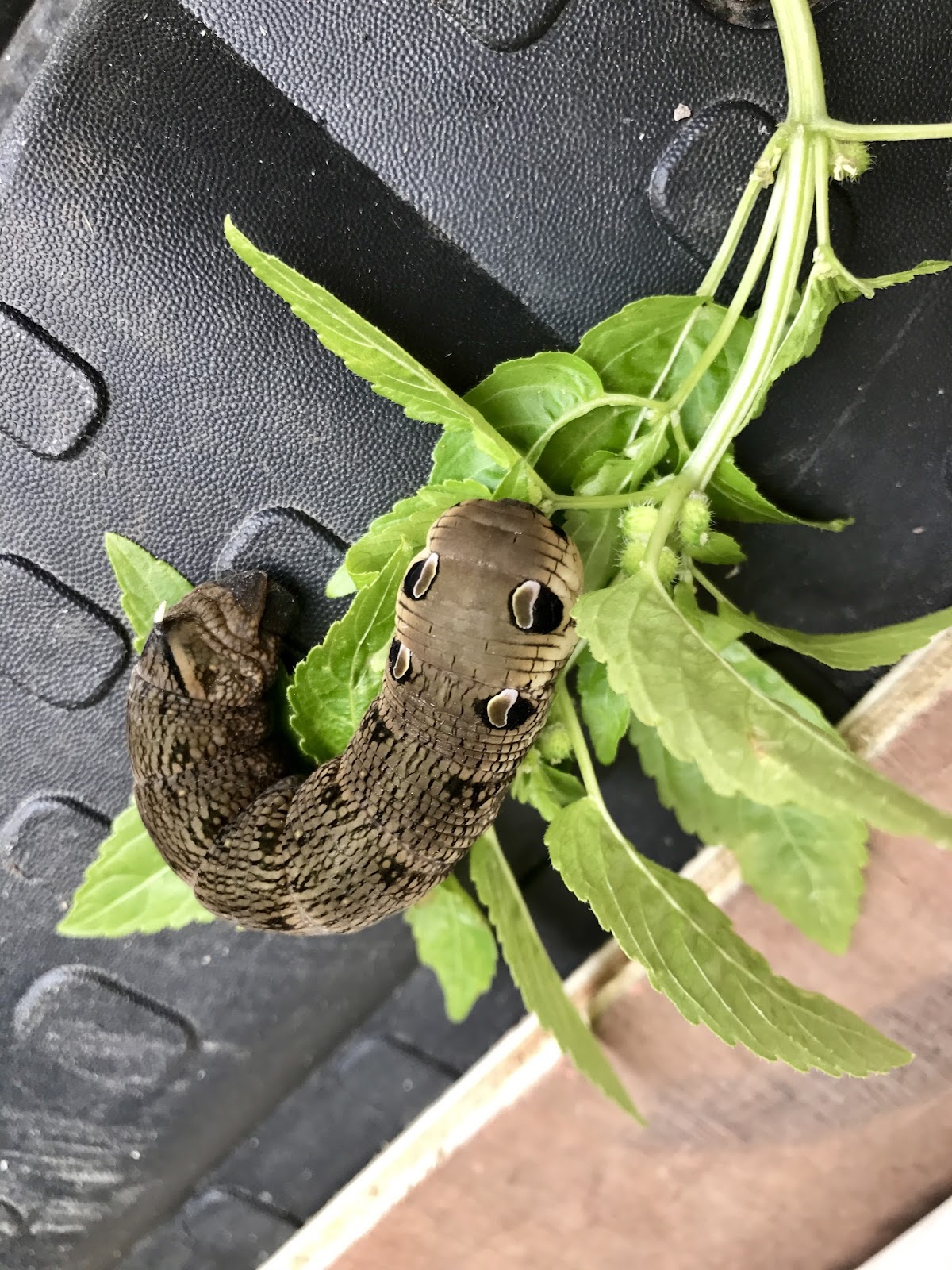 An RSPCA inspector saw the funny side after being called to rescue a plastic bird from a chimney in Liverpool. A concerned member of the public called the charity after spotting the bird – allegedly trapped by his legs – on the roof of the house on 23 October, claiming it had been there for at least three hours. Inspector Helen Smith attended but after having a good look through binoculars, the bird turned out to be a realistic-looking fake owl used to scare birds away! She said: “I must admit that it was funny when I realised what it was. I was preparing myself for a long job, with the assistance of the fire service to get the owl down safely – but as it turned out, we didn’t need to rescue anything after all! Our caller had no idea that it wasn’t a real bird.” 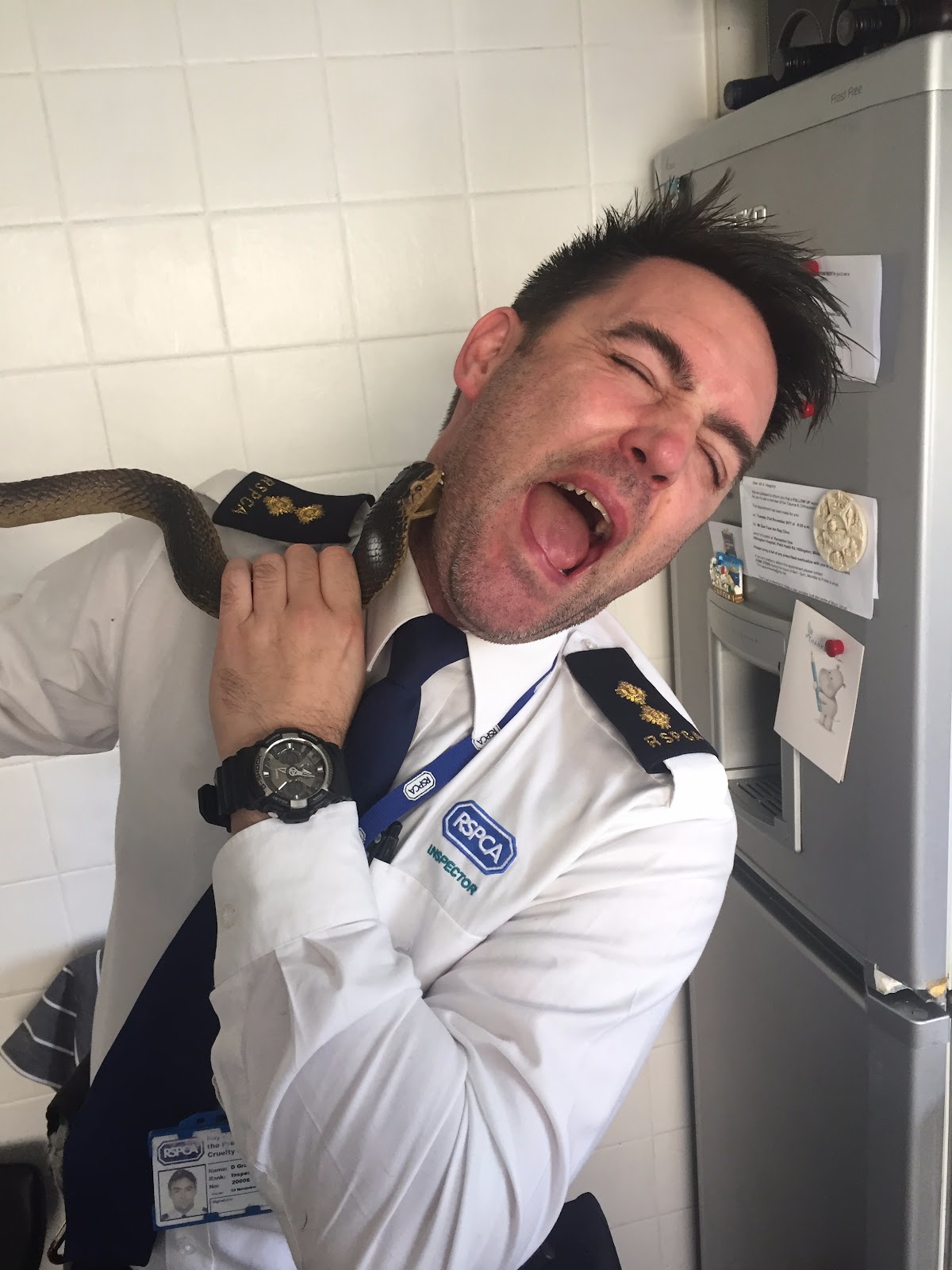 RSPCA inspector Dale Grant turned Indiana Jones for a call-out to a home in Richmond on 15 November when a family spotted a cobra on the loose. But on closer inspection the potentially dangerous and unpredictable animal turned out to be a plastic toy! The family had spotted the snake in their front garden, and rushed indoors to safety, calling the RSPCA immediately for help. Inspector Grant said: “When I arrived at the property I had my snake kit at the ready. As the family hadn’t been able to officially identify the snake it’s really important to approach these situations to confine the animal as safely as possible, particularly if it’s suspected that the snake may be venomous. However, it didn’t take me too long to realise that this snake was the plastic kind, but it’s a fairly realistic toy. It’s been made to look like a cobra that is rearing his head in the typical hooded display, so it could look pretty lifelike from a distance…” 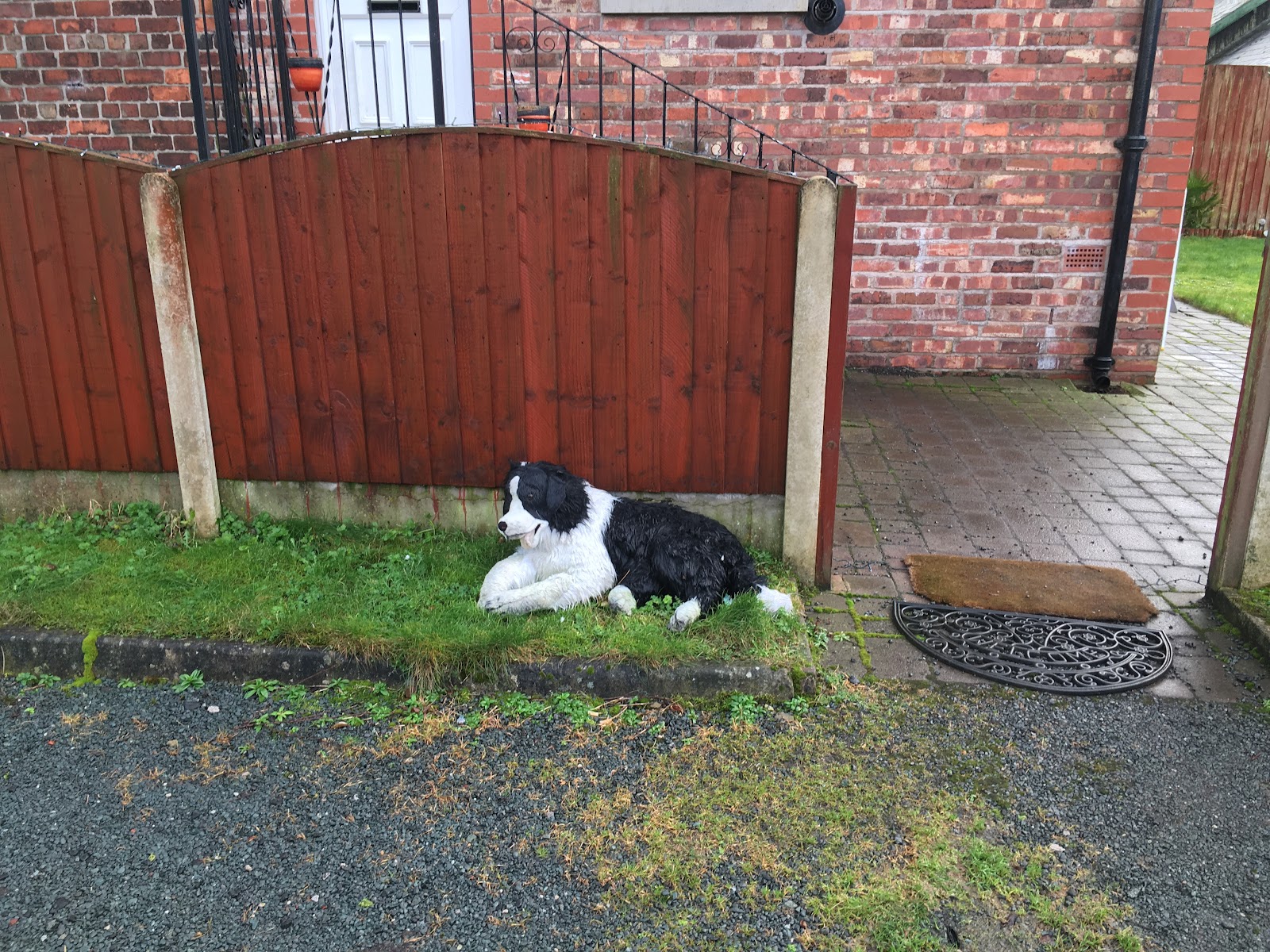 RSPCA inspector Lorna Campbell was concerned she’d had a harrowing discovery when she was called to Barton Moss, on the outskirts of Manchester, on 12 December. The report that had come into her was of an improper killing. She said: “A delivery man had contacted our control centre after spotting the body of a dead dog lying in the front garden of a property. He said the dog wasn’t moving and its coat was covered in frost so I rushed to the scene hoping there may still be some life in the poor pooch. When I arrived I quickly established that there would be no possible way to save the dog – because it was a stuffed toy!”

The future of pet retailing

by Heather Sandlin
Prev Next

No Result
View All Result